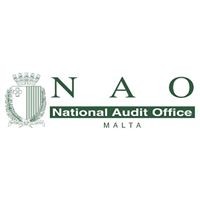 About the National Audit Office

In recent years, the office developed processes to empower its employees to better monitor their own work and operate more efficiently.

Identifying bottlenecks was becoming difficult as data was stored on multiple independent databases and on Excel spreadsheets and the compilation of reports left little time for analysis. This process led to inaccurate information and sub-optimal decision-making.

EUNOIA’s BI solution comprised a data warehouse connected to multiple sources of data from core systems, excel and an easy to use web app for capturing data. Panorama Necto was deployed as the visualisation tool to create dashboards and infographics.

The solution provided NAO with a sound reporting and analytical management tool to visualise bottlenecks and highlight problems for the office.

With BI, the office is now able to access updated dashboards instantly and use them during management meetings. Data is analysed instantly, issues are raised and discussed. With a full view of each audit, executives are able to understand the activities in greater depth, revealing insights on efficiency optimisation or opportunities.

The solution provided the below benefits:

"The EUNOIA team brought depth and knowledge to the implementation of the Business Intelligence solution. We are delighted with the high-quality solution provided and the added value from improved data analytics capabilities and better decision-making."  Concluded Mr. Rizzo

"Eunoia provided a focused and applied Business Intelligence solution which proved to be a powerful analytical tool extended to integrate data from our core systems and capture information through an easy to use UI.

Now we can analyse volumes of data fast and take the right decisions as soon as they are needed. The user interface is straightforward, easy to use and intuitive. Using the drill down capabilities, we identify business areas that require attention."